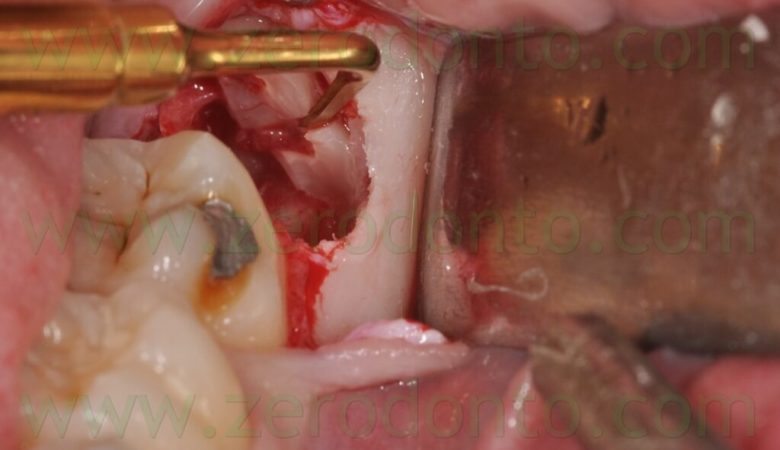 The extraction of the mandibular third molar is the most frequent intervention in oral surgery and it is sometimes associated with less or more severe complications. Among these, the most dangerous is the damage to the inferior alveolar nerve. 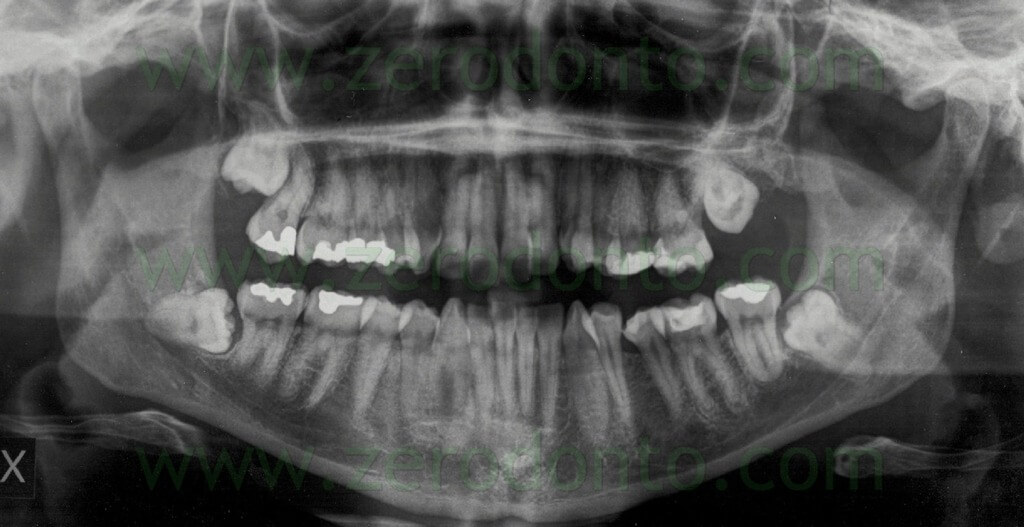 In the last decades, thanks to the improved expertise in identifying risky cases and the refinement of surgical techniques, the prevalence of complications has been progressively reduced.

The present paper describes a rational approach to the surgical extraction of the mandibular third molar, in order to limit surgical complications.

As to the method, several factors contribute to the clinical success, just like:

The orthopantomogram (OPG) is the golden standard for pre-operative diagnosis.

From the OPG it is possible to evaluate:

According to Rood & Shebab, the following risk indicators for damage of the mandibular alveolar nerve can be identified on OPG:

Nowadays, since the OPG does not allow to establish the bucco-lingual position of roots and neurovascular bundle, in particular cases it is possible to recur to 3D imaging, particularly to Cone Beam technology.

Clinical indications for 3D imaging are:

From an operative point of view, one more indication for 3D imaging is the necessity to understand on which side of the tooth the alveolar canal passes, in order to plan properly the bone resection and odontotomy. 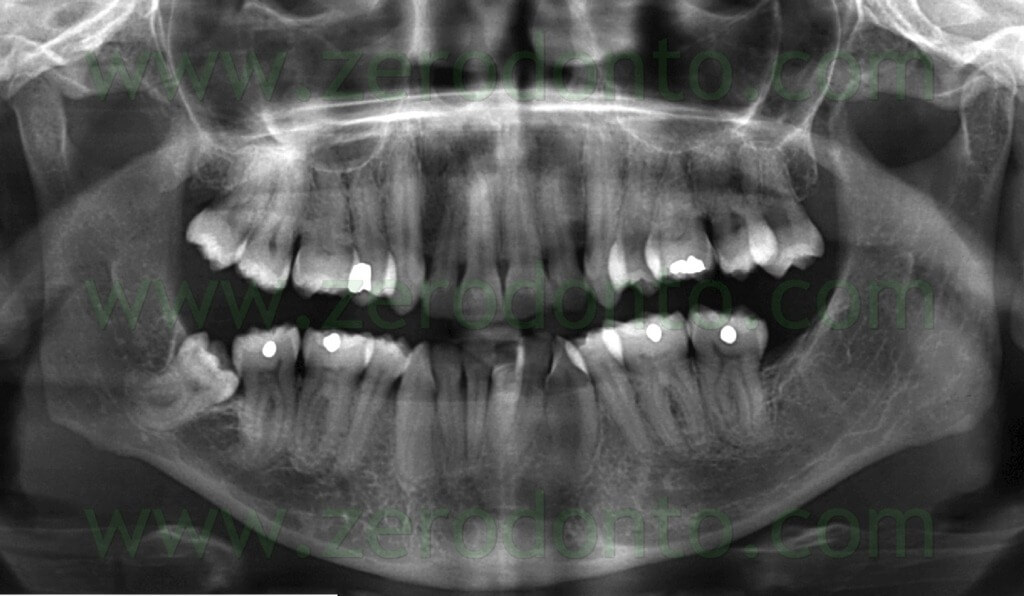 On this OPG, referring to 4.8, it is possible to notice the crossing between the alveolar canal and the tooth bifurcation and interruption of the radiopaque line that defines the alveolar canal (a risk factor according to Rood & Shehab, 1990).

On the computerized tomography (CT), the alveolar canal passes lingually to the roots. 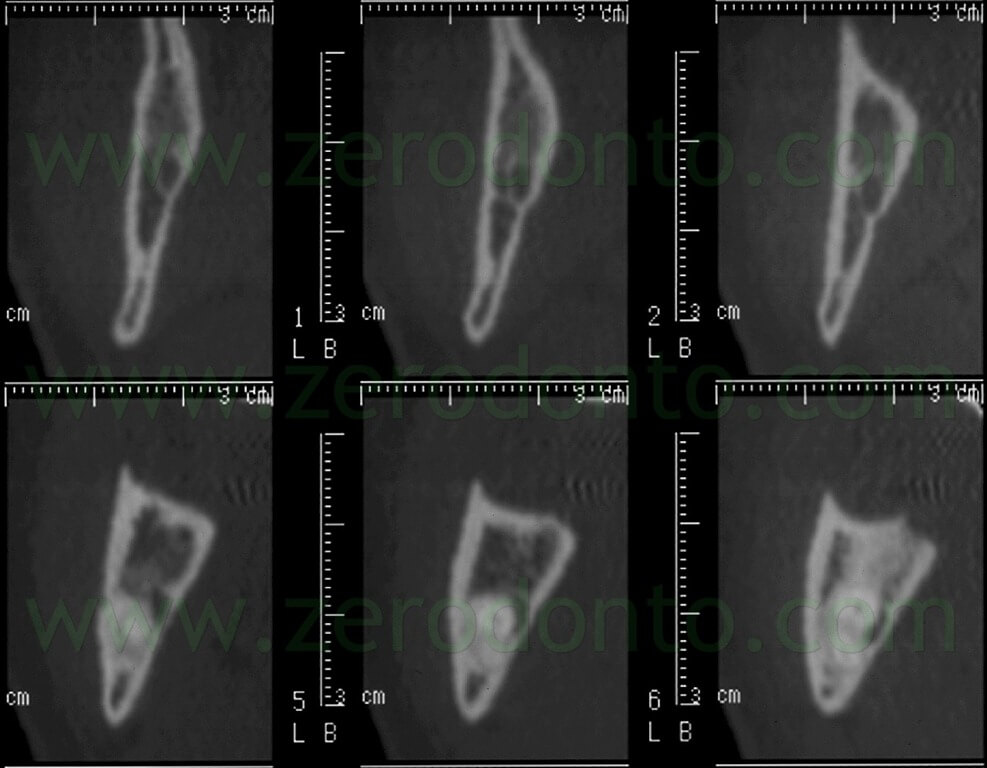 Although 3D examinations greatly help to plan the intervention, to date no studies have been published demonstrating a better ability to prevent neurological damage.

The choice of the surgical instruments is not random but it is an integral part of the method.

In addition to standard surgery tools (scalpel, retractor, forceps for tissues, needle holder, rongeur), the tray for surgical extraction of impacted teeth includes some dedicated tools, such as spreaders, Friedman levers (both standards and reduced) and clamps for fragments. 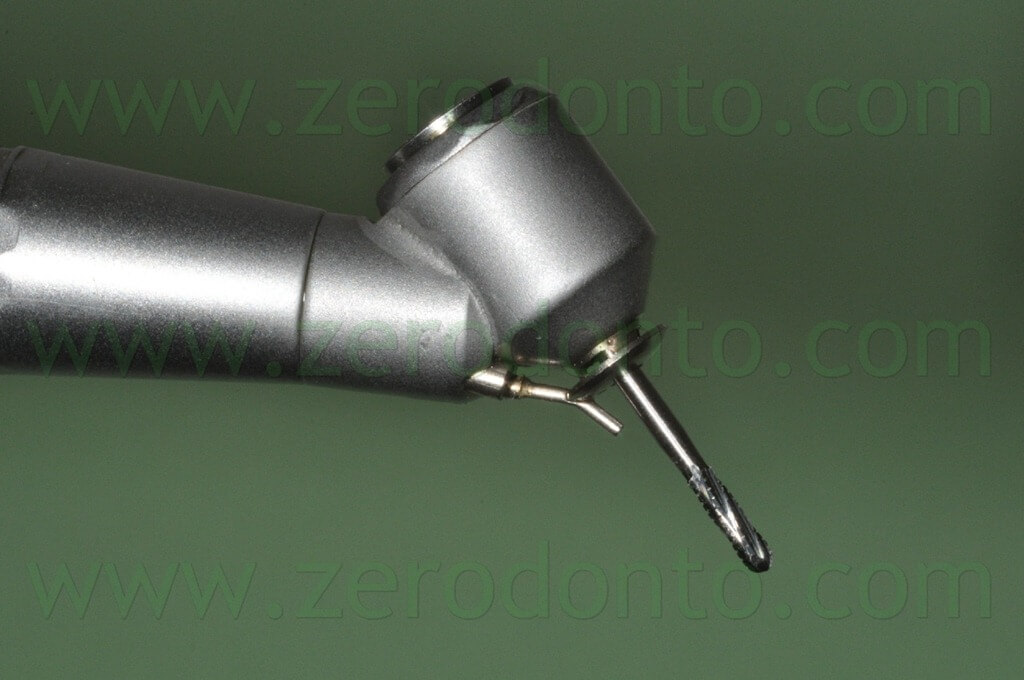 The operation is divided into several phases, which can be summarized as follows:

Each phase of the intervention has been studied to prevent the following possible complications:

In particular, odontotomy performed according to rational criteria is done to reduce excessive bone resection, extraction forces and necessity to carry the surgical instruments too deeply; therefore, a proper odontotomy plays a key role in reducing the most dangerous damages, especially those to the inferior alveolar nerve.

The extraction of impacted and semi-impacted third molars is performed under local anesthesia in almost all cases.

The anesthetic of choice is articaine with adrenaline 1:100,000.

Anesthesia is performed in the following consecutive stages:

The incision of soft tissues has to be designed so as:

The third molar is not strictly just behind the second molar, as it could be suspected from the OPG, but it is more often situated buccally, with the long axis directed medially. 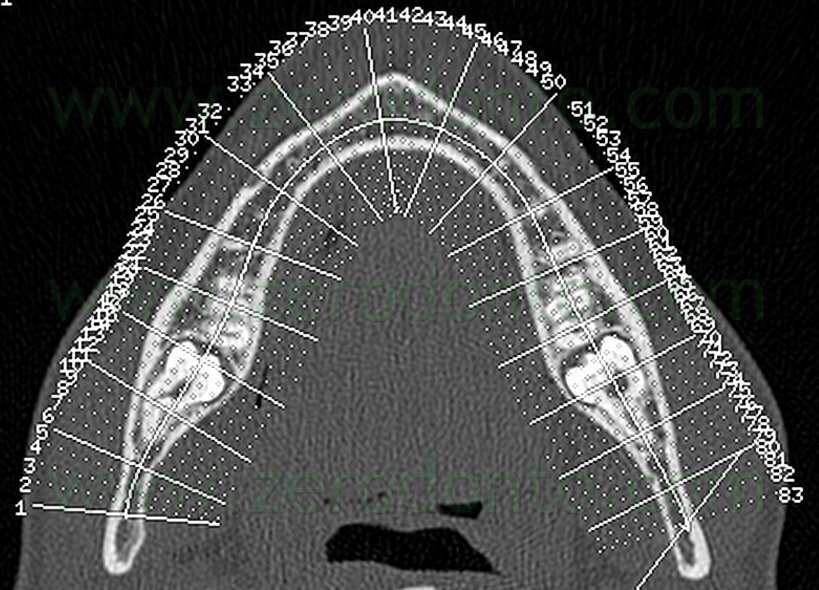 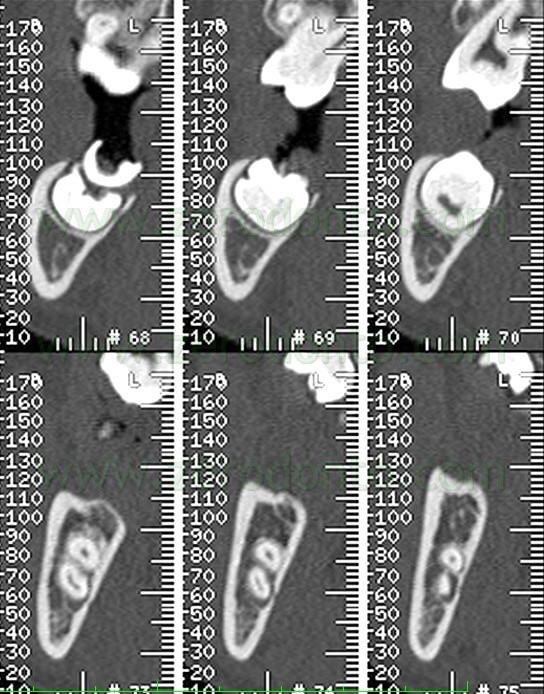 This implies that the area immediately behind the second molar is likely crossed by the lingual nerve. 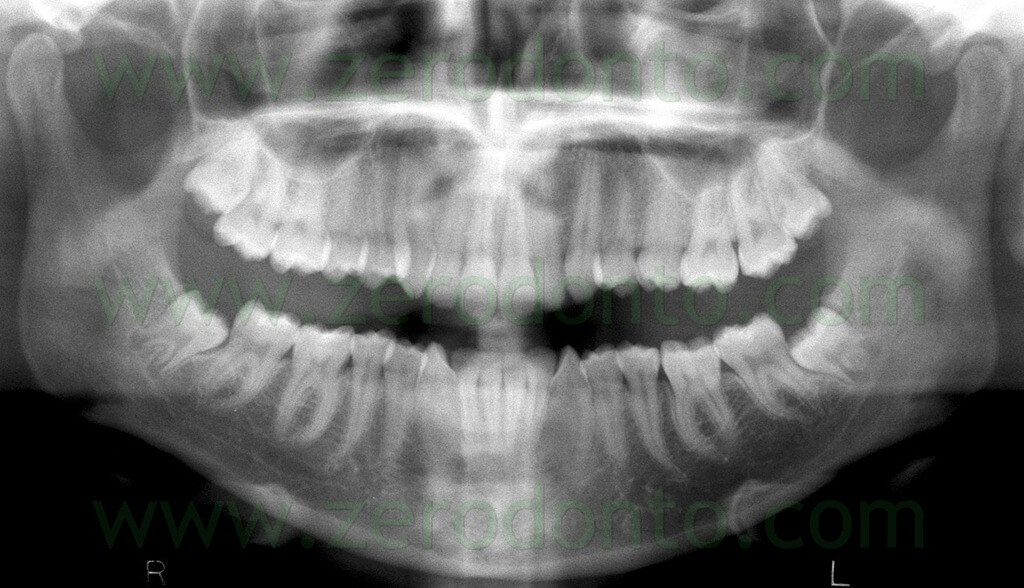 The flap elevation is performed starting from the sulcus of the second molar and is completed with the incision of the periosteum.

The mucosal triangle bounded by the two incisions is removed to allow a better periodontal healing and drainage of the wound.

This approach delimits a triangular flap which allows an adequate surgical access and a stable divarication.

In case of semi-impaction, the first incision begins from the most distal point of the area of eruption of the third molar and continues buccally and distally for about 1 cm.

The goals of the bone resection are: exposure of at least half of the dental crown and creation of a buccal groove ensureing a favorable leverage point.

The dislocation is performed with angled levers of Friedman.

Impacted and semi-impacted third molars cannot quite never be extracted entirely, because the trajectory of extraction could impact the second molar, the branch of the jaw or the lingual bone plate. Moreover, the roots of the third molar could be highly retentive.

Odontotomy is then used for:

Tungsten carbide burs mounted on a high speed handpiece are used to fragment the tooth; such instrumentation allows to separate the tooth easily and very fast, although in the presence of a considerable thickness of enamel.

The high speed burs are very effective but require attention when they get closer to the surrounding structures: the inferior alveolar nerve, the lingual nerve, the second molar and the bone. The bur works safely until it is inside the tooth.

The odontotomy starts with a drill but always ends with a hand-made fracture by inserting a lever into the breach made by the bur itself.

The fragments of the crown can be swallowed or, even worse, aspirated in the airways. In order to prevent such an occurrence, they have to be firmly gripped, for example with a gripper for fragments. The smaller mobile fragments can be taken easily with the aspiration cannula.

The odontotomy is the cornerstone of any approach to surgical removal of mandibular third molars. When executed according to specific criteria, it reduces significantly the risk of damage. A careless and not well planned odontotomy is probably responsible for the high frequency of neurological damage also reported in some published studies.

Below a schematic animation useful to display the odontotomy phases of a horizontally impacted third molar is shown. Please note that the coronal fragment often requires further subdivision.

The goals of the suture are: hemostasis and tissues fixation in the best position.

The main difficulties encountered are usually related to the second molar. If a stitch is given match the flap margin to the lingual tissue, the flap could be lifted upwards; consequently, a pseudo-pocket behind the distal area of the second molar could be created.

To avoid these drawbacks, the suture must position the flap margin in correspondence of the dentin-enamel junction. This could be easily done with a mattress point, which anchors the flap behind the second molar as apically as possible. As a consequence, the fornix is not altered, the formation of a pseudo-pocket is prevented and the dental hygiene in the post-operative and healing period is facilitated.

The technique of the mattress suture is shown by means of a movie on a model, so as to to clarify each step.

The reported technique allows to place the flap in the original location or to a more apical and therefore more favorable site but does not completely close the wound, providing a favorable drainage.

A rational approach to the surgical removal of an impacted or semi-impacted mandibular third molar should first allow to prevent damage to the surrounding anatomical structures, such as the lingual nerve, the inferior alveolar nerve and the periodontium of the second molar.

The literature reports often high percentages of damage, both to inferior alveolar and lingual nerves, associated with obsolete and not well described surgical approaches, usually referred as “gold standard technique”.

The standard surgical technique is a myth to dispel, it does not exist.

The technique has evolved along with the technology: for example, the introduction of high speed handpieces designed for surgery (tilted to 135° and cooled without air) has made  possible a much less invasive approach than that imposed by the traditional straight handpiece, which often obliged to demolish the buccal cortical bone.

Moreover, the advent of piezosurgery allows, nowadays, to work saely next to the alveolar canal. 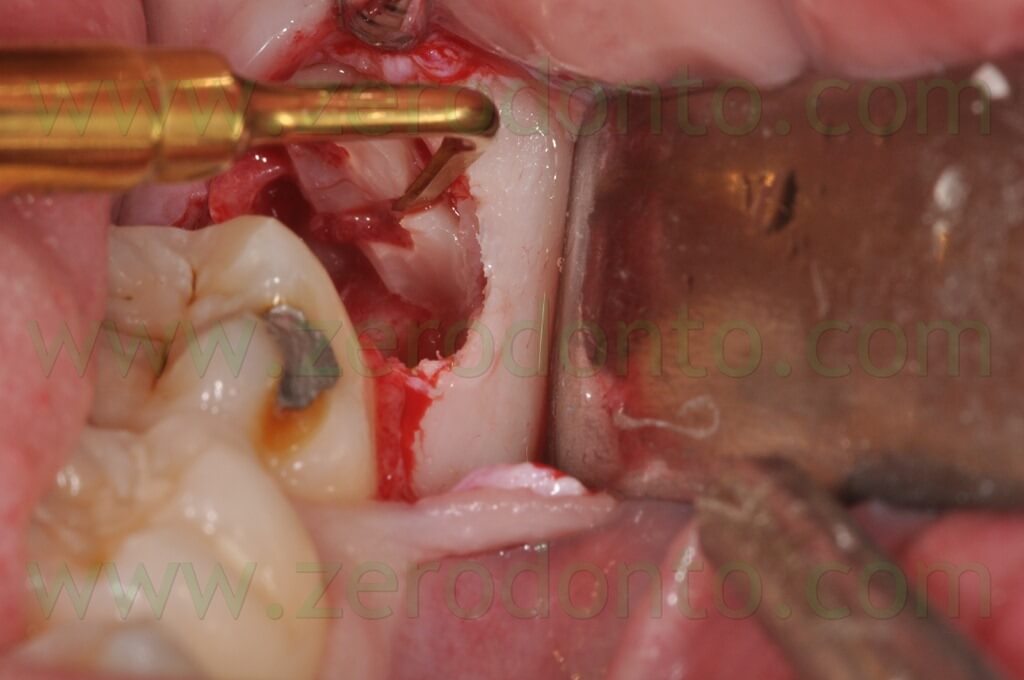 Obviously, in addition to the technique, a clinician should always keep in mind the following points:

Therefore, the rational approach to the extraction of impacted and semi-impacted mandibular third molars can be summarized as follows:

For further information about the role of patient’s age, local anatomy and expertise of operators in defining the risk of complications, see:

For literature reviews, see:
For legal regulations about X-rays, see:

For further information about the role of third molars in (not) determining teeth crowding, see:

For further information about the consequences of the permanence of impacted or semi-impacted third molars, see: 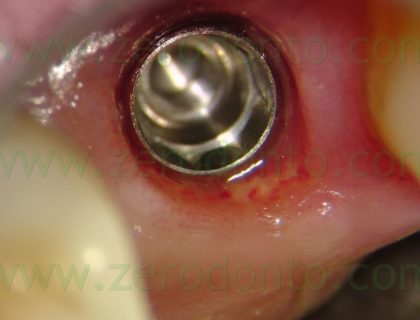 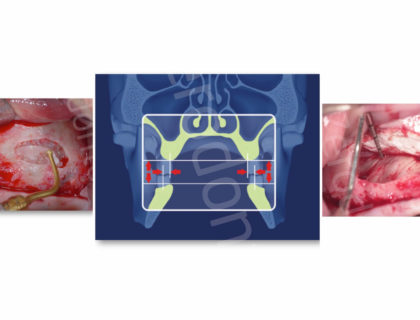 Maxillary sinus surgery: lateral approach. The state of the Art 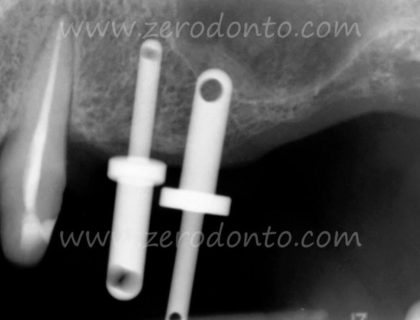