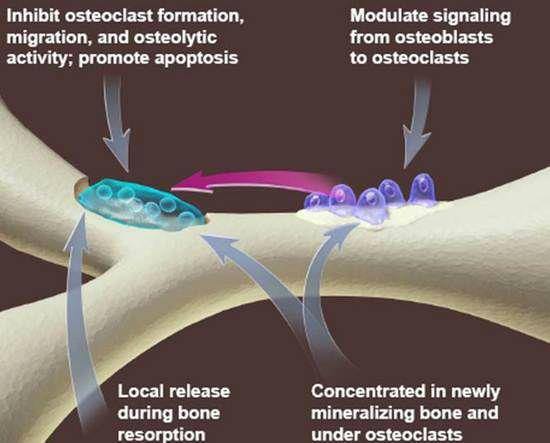 Bisphosphonate therapy and the manifestation of a rare and severe complication, namely the osteonecrosis of the maxillary bone, are currently very important topics to which increasing attention is being given by specialists. The dental surgeon’s awareness and concern toward this pathology, together with a degree of alarmism, is justified by the increasing number of cases that since 2003 till today have enabled observing and studying the clinical and anatomo-pathologic case history, the localization of the pathology, the associated risks and the possible development and consequences of the osteonecrosis lesions. Epidemiological data are more unclear as they do not actually consent defining the exact prevalence and incidence of the phenomenon, the pathogenic hypothesis and the causal relationship related to the use of the bisphosphonates.

Other uncertainties predominate the scenario of the therapeutic possibilities that seem inadequate to tackle the needs of patients affected by osteonecrosis of the maxillary bone. Till now, there is no therapy leading to resolution of the lesions, neither has the suspension of the therapy, in some cases, led to improve the effects.

In the light of these considerations, the goal that dental surgery must achieve is to arm itself with whatever means possible in order to at least reduce the negative side-effects of this symptoms, often painful, and the risks of bacterial or other microorganism contaminations which worsen the case history and compromise the general health of the patient. The aim of this article is to illustrate, as a schematic overview, the current knowledge on bisphosphonates.

In increasing order of affinity:

The potency of inhibition of the osteoclast action depends on the molecular group in R2. Bisphosphonates with a -NH2 group in that position (amino-bisphosphonate) are more potent than those lacking this group (non amino-bisphosphonate) as they are able to arrest the osteoclast action through the inhibition of mevalonic acid pathway (see next paragraph). The potency is also related to the three-dimensional conformation of the R2 chain and therefore, to the length of the chain and to the introduction of methyl, pentilic, imidazole and benzene groups.

In increasing order of potency:

Biological potency and binding affinity are characteristics closely related to each other in establishing the real anti-reabsorptive potency in vivo. Bisphosphonates with high binding affinity to the mineralized surface are held within the bone to a greater degree and have greater pharmacological effects. Furthermore, the bone matrix functions like a sponge, able to absorb, release locally and reabsorb the bisphosphonates to a greater degree the higher the affinity is. Therefore, this would explain the persistence of the pharmacological effects observed after the administration of bisphosphonates [2]. From the analysis of two schemes, it appears that zolendronate is the drug with the highest affinity and potency, while alendronate has greater potency in inhibition of the bone turnover in comparison to risedronate.

Thanks to their high affinity with the hydroxyl-apatite, bisphosphonates firmly bound to the bone crystals, are released in the extracellular space during the phase of bone reabsorption and are then absorbed by endocytosis into the osteoclasts. Inside these cells, the non-amino bisphosphonates (not having aminic terminal groups in the side chain bound to the C atom in position 1- etidronate and clodronate) are metabolized in non-hydrolysable analogues of the ATP with consequent cytotoxic effect and death of the cells. On the other hand, the amino-bisphosphonates (alendronate, risedronate, ibandronate, pamidronate and zolendronate) more potent since having – NH2 groups in the side chain R2, selectively inhibit the farnesyl pyrophosphate synthase enzyme implicated in the biosynthesis of the sterols (cycle of the mevalonic acid), and prevent the prenilation of some GTP-ase dependent proteins involved in the cell cycle maintenance with consequent cytoskeleton alteration and cell death by apoptosis [1]. 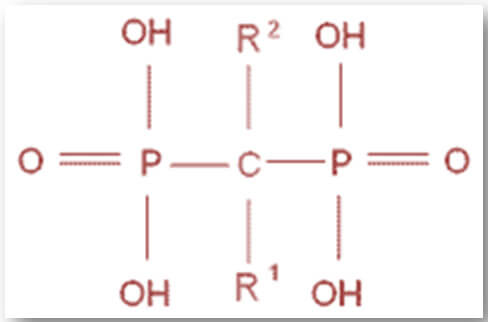 Prevention of the brittle fractures during chronic diseases:

The use of these drugs, aimed at a reduction in bone turnover, does not however have a curative purpose and is prolonged over time. The reduction of the bone turnover allows the formation of more mineralized and dense bone and reflects in an increase of the mineral bone density. However, an excessive slowdown of the bone remodelling is in turn dangerous for two reasons: 1. the bone, not being able anymore to repair damage by use, may be subject to brittle fracture owing to accumulation of microcracks; 2. an over mineralized bone also results more fragile because it is not elastic [5]).

Osteonecrosis of the maxilla: complications

Osteonecrosis may occur in patients receiving intravenous (zolendronate and/or pamidronate) or oral bisphosphonates (alendronate, risendronate and ibandronate for chronic use) [6].

Definition: Disabling complication regarding the maxillary and mandibular bone due to accumulation of bisphosphonates in these tissues.

Symptoms may be silent for weeks or months until bone exposure in oral cavity associated to bacterial infection or even trauma of the surrounding soft tissues [8,9].

Radiographic signs: The radiographic evidence- verifiable only in advanced stages of the pathology – shows an area of osseous rarefaction. At the same time it is sometimes possible to observe radiopaque areas related to the bone sequestrations

Histological signs: confluent areas of necrotic tissue, alternating with healthy tissue, without signs of bacterial invasion and with conservation of the vascular channels. Presence of inflammatory tissue, bacteria, and numerous osteoclast cells (often not active) in the areas surrounding the lesion.

Epidemiology: despite the increasing number of cases reported in dental literature, it is still not possible to estimate the precise incidence. However, a time and dose-dependent trend has been evaluated [10].

Median time of appearance: between 22 and 39 months from the beginning of the bisphosphonate treatment, with shorter times for zolendronate than pamidronate [8].

(Literature reports the strong association (60-85% of the cases) between the appearance of osteonecrosis of the maxillary bone and previous invasive orthodontic interventions (such as extraction of a dental element, implantology), or the use of incongruous dental prosthesis, with mean time of appearance between 3 and 12 months. However, it is possible that a subclinical form of the illness hides behind a dental pathology [17])

(Patients with immune-deficiencies, diabetes, neoplasia or in therapy with corticosteroid, immunosuppressors and antineoplastic drugs, have a high risk of developing osteonecrosis of the maxillary bone, but this has still not been quantified [18])

Treatment of patient affected by osteonecrosis of the maxillary

Given that there is no appropriate therapy that can assure resolution of the pathology until now (even suspending bisphosphonate treatment does not benefit patients affected by osteonecrosis of the maxillary bone because of the long term bioavailability and the systemic uptake of these drugs [20]), the goal that doctors and dental surgeons must pursue should be the pain reduction and control of secondary infections in the necrotic areas. For this reason, the daily application of antimicrobic (Chlorhexidine 0.12%) or anti-inflammatory drugs is recommended and the prescription of systemic antibiotic therapy (b-lattamines or macrolids in case of allergy to penicillin and metronidazol) and anti-micotic therapy in case of local infections [19]. If necessary, the conservative removal of necrotic bone is recommended, with minimum trauma to the adjacent tissues. This removal aims to reduce traumas to the tissues surrounding the lesion caused by the sharp edges of the necrotic bone. 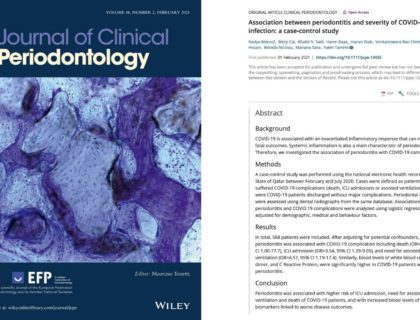 Does periodontitis worsen the outcomes of COVID-19 infection? 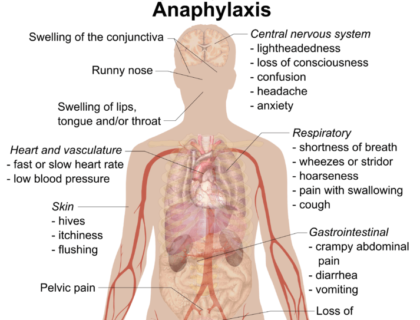