Dr. Marco Ferrari, born in 1959, graduated at School of Medicine and Surgery of University of Pisa in July 1983 with maximum score and he took is General Dentistry degree in 1987 at University of Siena with laude.

He received the First Italian Award for the best Post-Graduate in General Dentistry Thesis 1987 and the Award of “New Writer Contest” of Journal of Prosthodontics 1989.

Between 1987-88 he attended the Post-Graduate Program in Prosthodontics at Tufts University di Boston.

After being back to Italy he starter to teach at School of Dental Medicine of University of Siena as contract professor (1990).

In 1995 he took his Ph D degree at University of Amsterdam, defending a thesis on ‘Bonding to dental structures’ with Prof. Carel L. Davidson as promoter and mentor.

From 1992, he was enrolled in the Faculty of the School of Dental Medicine at Tufts University of Boston, in the Restorative Dentistry and Prosthodontics Department and was appointed progressively from Clinical Instructor to Assistant Clinical Professor, Associate Clinical Professor and finally Research Professor during the academic year 1999-2000.

From 1997-1998 to 1999-2000 he was teaching Dental Materials at School of Dental Medicine of Siena University as Part-time Professor.

During October 2000, after winning a national application, he was appointed Associate Professor at School of Dental Medicine, of University of Siena.

In June 2001 Prof. Ferrari proposed and implemented the Ph D program in ‘Dental Materials and their clinical applications’ at University of Siena.

In June 2002, he was winner of national application of limited number of full-professor positions and starting the academic year 2003 he was appointed full professor at University of Siena, School of Dental Medicine.

In July 2003 Prof. Ferrari was appointed Dean of School of Dental Medicine of University of Siena. In the last 10 years, as Dean, he put together reaserch, clinical activities and teaching to create a multidisciplinary academic dental center where the focus is dedicated to the students and patients simoultaneously.

In October 2003 he was appointed Vice Rector of International Relations of University of Siena.

In May 2005, he was also appointed Director of School of Ph D in ‘Biotechnologies’.

In July 2010 was appointed as Chair of Dental Clinic of Le Scotte Hospital, Siena (2010-2013), hospital organization that takes care of dental patient associated to the School of Dental Medicine of Siena University. The mission of the Hospital is to provide dental care to the population leaving in and around Siena (south of Tuscany region).

He is an official evaluator of Italian Research in Dentistry Committee of The Italian Minister of Education (2008-present).

He is member of the National Agency for Evaluating Research of Italian Minister of Education (2011-present).

He has always looked for at internationalization of the School of Dental Medicine and of his research group.

All activities of the Ph D program are in English, very often foreign professors are coming for making class and exams to the Ph students and, for getting the Ph D, each student has to write as first author at least 2-3 papers and as co-author e other papers in impact factor journal in 3-4 years (https://sites.google.com/a/dbm.unisi.it/biotecnologie-odontostomatologiche/).

Around 50% of his Ph D students (17 students), after being graduated, are nowprofessors (at full or associate or assistant professor level) in international and national Universities and several of them have high level appointments (such as a Dean in Spain and two Associate Dean for Research in USA).

Prof. Ferrari was member of the Board of Accademia di Conservativa, and of Società di Odontoiatria Conservatrice, he was board member (2003-4) Secretary (2005-6), Vice-President (2007-8) and then President of Academy of Dental Materials (2009-10) and Member of the board, President of European Federation of Conservative Dentistry (2004-5) and then Past-President.

It is also Scientific Editor of International Dentistry South Africa.

He actively participates in lab and clinical research field mainly oriented to clinical trials on implants, restorative and prosthodontics with particular attention to the workflow of digital dentistry. 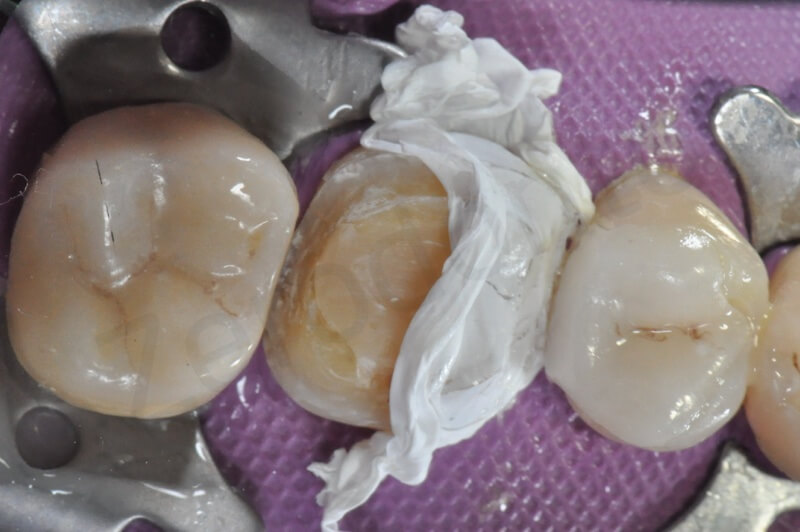 A clinical case based on testing a innovative type of stone (Shake Stone) in combination with new LiSi sinterized blocks.…

Decide which cookies you want to allow.You can change these settings at any time. However, this can result in some functions no longer being available. For information on deleting the cookies, please consult your browser’s help function.Learn more about the cookies we use.

With the slider, you can enable or disable different types of cookies: